Digital Tone Wheel™ Sound Engine and Direct Analogue Keying™
This is the Portable version. Ideal for the Road ... 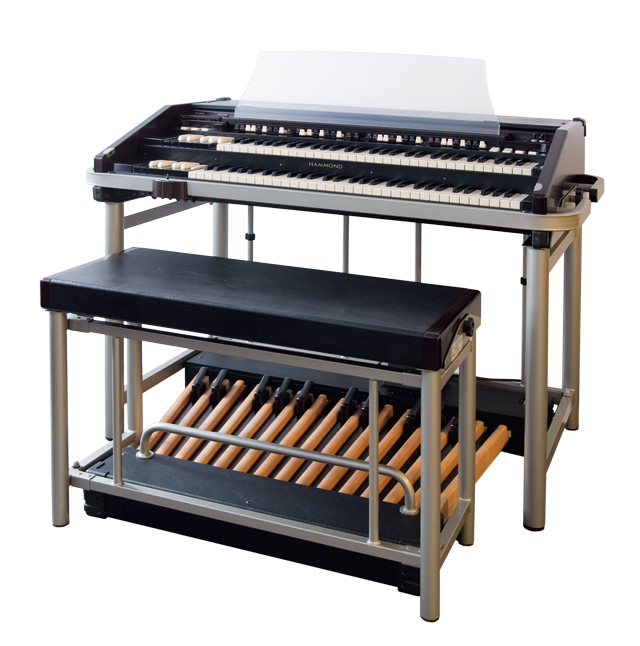 This is it .....The grandfather of them all .... Critically acclaimed by all who grace its console including the 'Late Great Jimmy Smith' the B-3P mk2 is the ultimate in the Hammond Organ Playing Experience
You will not believe how accurate the B-3P mk2 is until you try and hear it for yourself.
Its not just about the sound. Its about the feel, the feedback, the tactility, the unlimited expressive variations of the tonewheel. The B-3P mk2 delivers all this and more ...

The Legend Lives on... 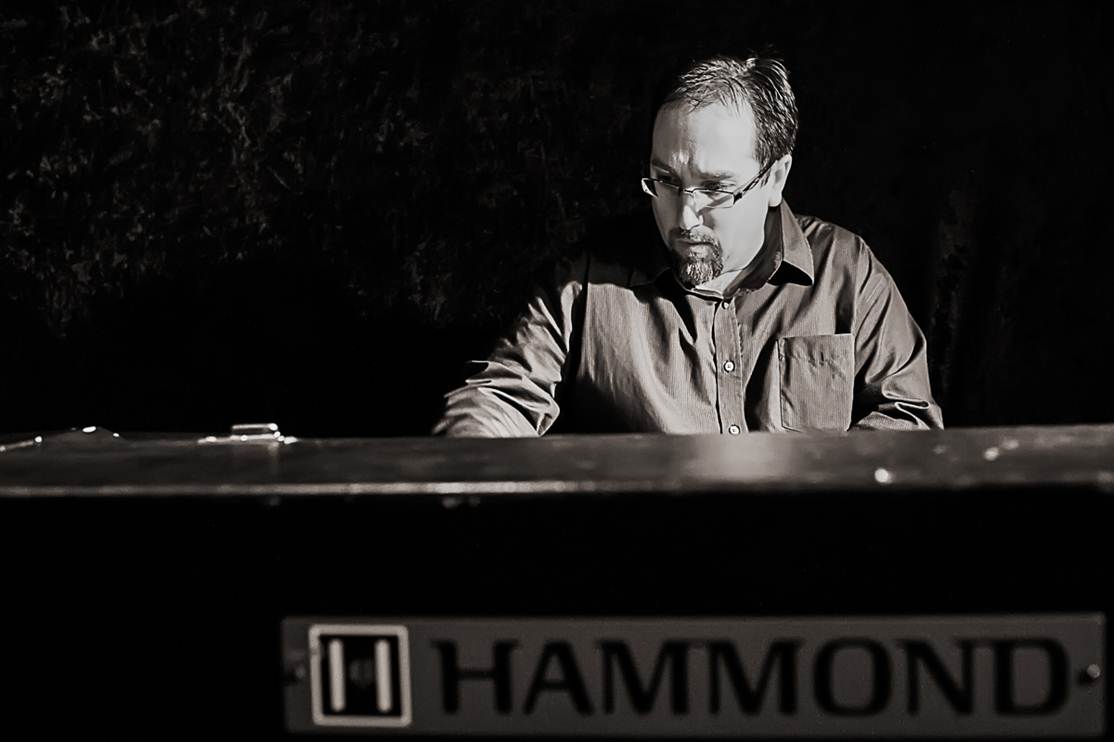 Born in Toledo on March 17, 1974, Oswanski started serious piano studies as a child with Mark Kieswetter, an Ohio jazz legend whose credits include gigs with Zoot Sims, Jack Sheldon, James Moody, and a three-year stint as musical director for Jon Hendricks. At the same time, Oswanski got intimately familiar with the accordion, often performing with his father's polka band. He started gigging widely as a precocious high school pianist, receiving invaluable experience with numerous Cincinnati tri-state jazz veterans, including Jimmy Cook, Paul Keller, Pete Siers, Ernie Krivda and Brad Sharp, who all generously mentored him. As an electric bassist, he gigged widely with Toledo jazz piano stalwart Eddie Abrams. It was Oswanski's love of bass lines that drew him to the mighty B-3, an instrument introduced to him by Bill Heid, a well-traveled organist who has earned a cult reputation among B-3 fans.

"I used to hear Bill playing at Rusty's all the time," Oswanski says, referring to a Toledo music spot. "I bought my first organ from him, and he was my main organ influence."

After winning numerous awards from the International Association of Jazz Educators, DownBeat magazine and an array of festivals, Oswanski earned a full scholarship to the Manhattan School of Music, where he studied with noted pianists Harold Danko and Garry Dial. Within months of moving to New York City in 1992, he got a call from Maynard Ferguson at the recommendation of Tim Ries, a friend since the older saxophonist took the junior high jazzhead under his wing. He spent five years with Ferguson playing piano, keyboards and B-3, and managed to finish his undergraduate degree between international tours. Ferguson also featured Oswanski on two Concord Jazz albums, 1995's These Cats Can Swing and 1998's Brass Attitude, which includes two Oswanski originals (on the new album he revisits one piece, the gorgeous ballad "Milk of the Moon" that Ferguson hailed for "subtlety, colors, and beauty" hinting at "the writing of Gil Evans").

"Working with Maynard was a fantastic experience," Oswanski says. "He really encouraged us to write. The whole idea was to be able to explore musically, to bring in what you have. Then if it works its way into the set, there was a good chance you'd be able to record it."

By the time he came off the road with Ferguson, Oswanski was looking to focus on the B-3. At the time there were only a handful of organ players extending the instrument's post-Larry Young vocabulary. In demand as an accomplished accordionist endorsed by Victoria Accordion Company, he works in a wide array of musical settings. Oswanski's busy calendar as a session player and sideman is one reason that he's making a relatively late debut as a leader. Another is that for more than a decade he's helped run drummer Martin Paglione's Applied Microphone Technology, a company devoted to making mics designed for specific instruments. He got involved with AMT because he helped them design an accordion microphone system out of his quest for accurate, high quality sound. Now the jazz world is getting a chance to hear just what sound Oswanski has to offer. 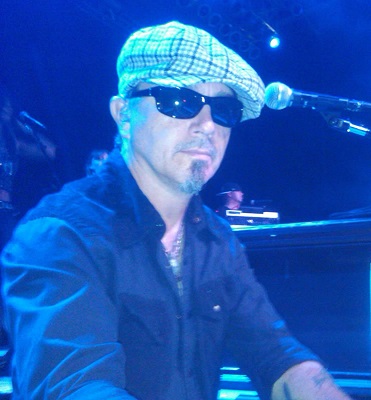 Jimmie Bones (born James Trombly) is the quiet, behind-the-scenes musician who is part of the current national focus on the Detroit music scene. Besides recording as a member of Kid Rock's Twisted Brown Trucker Band and with Uncle Kracker, he's also recorded with other artists, most notably Hank Williams Jr. As a writer, Bones is credited with co-writing the Kid Rock classic "Cowboy" from the 11 million selling "Devil Without a Cause", among many other hits. Add to the list, co-writing and playing keyboards, bass and harmonica for the latest R.L. Burnside releases Darker Blues and A Bothered Mind which have both received critical acclaim from mainstream, alternative and purist blues and roots movement audiences. Bones can also be found on Beth Hart's release Leave The Light On and rocking some soulful Hammond B-3 organ on a cover of the Jerry Reed song Amos Moses from the Hank Williams Jr. release "I'm One Of You". 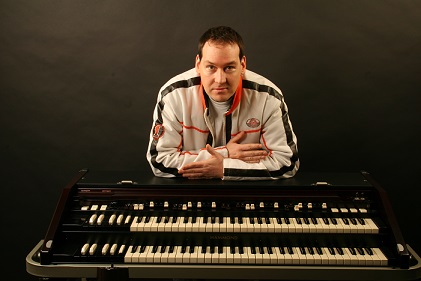 Michael Falkenstein is one of the few musicians who really governs three actions simultaneously: while his hands take care of two manuals of 61 keys each he also manages 25 Bass-Pedals and changes all registrations live during his play – nothing is pre-programmed.

From an early age, Michael spent most of his time in the workshop of his father Klaus Maier who specialized in Hammond & Leslie. Inspired by countless musicians who brought their instruments for repair, he started his first organ-lessons at the age of four. As his father repaired all kinds of Hammond-models Michael could study each one and was fascinated to discover the different characters of the organs.

When Michael was 11, his parents opened the Hammond-Organ-Studio. Suddenly there were 30 different Hammond-models to be discovered. From this time on Michael spent all his time testing, playing and demonstrating the various models. Also from the age of 11, for the next 20 years, Michael started teaching students playing Hammond-Organ.

His favourite organists were Wild Billl Davis, Jimmy Smith, Rosemary Bailey and Rhoda Scott, all of whom he met personally later on.

At 15, Michael performed his first solo organ-concert. Two years later he had his first performance on the Musikmesse in Frankfurt.

During his teenager-years and early twenties Michael performed as "Mike Hammond" (detail in Michael´s official passport).

Since 1992 he is manager for Hammond in Germany.

In 1995 Michael met his mental godfather – James Brown – the King Of Soul, who later even visited his home. In 1998 James Brown 'knighted' him during a concert to the "Prince Of Soul". Michael had many Solo-Organ-Performances all over the world from England to Australia.

Michael lives Hammond. He loves the Hammond-organs and Leslie-speakers for their authentic own sound and identity and the possibility to express feelings outright into exact the sound which is in mind through the wonderful harmonic drawbars.

Michael Falkenstein experiences music as part of life, as a universal language. He wishes to bring about understanding between diverse people and bring together extremes. Interest, respect and honour of other people's thoughts and feelings are the basis of evolving friendship. By his own energy and positive example Michael Falkenstein desires to encourage creative thinking and real inner peace.

"The precision of the B-3P's keyboard inspires me to a new level of musical expression !" 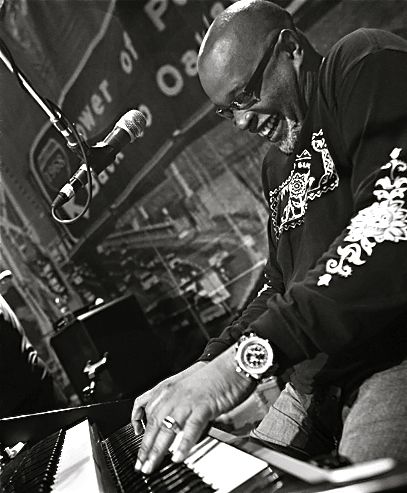 Rogers's first introduction to the organ was through Philadelphia's Jimmy McGriff. The legendary jazz organist had a relative that lived just a few doors down from the Smith's. During a visit, Roger was introduced to a sound that fascinated him -the Hammond B-3 organ. Jimmy McGriff taught him a couple of signature blues songs, "Down The Road A Piece" and "Little Red Rooster". From that time on, the Hammond organ became an important part of Roger's life.

Roger currently plays on the Hammond B-3P. "This organ really delivers a monstrous sound", Smith said, his characteristic enthusiasm evident, "and when you kick it, the whole stage rocks!"

Smith's virtuosity on the Hammond B-3 is complimented by his diverse resume. He's played with Jeff Beck, Gladys Knight, Freddie King, Willie Nelson, and Leon Russell, recorded with the great Poncho Sanchez and The Dave Matthews Band among others. At Present, Roger holds down the Hammond B-3 seat vacated by the formidable Chester Thompson with the legendary West Coast soul band Tower of Power, maintaining its signature sound with his expert organ play. 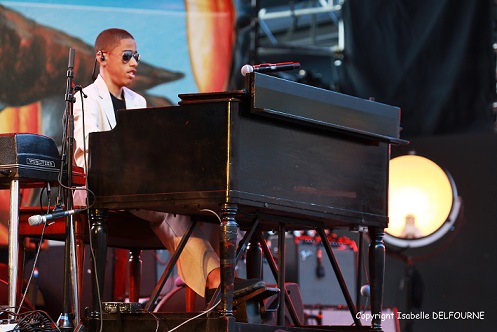 Matthew Whitaker, a resident of Hackensack NJ, is truly a gifted musician. His desire to play music began at 3 years old when his grandfather gave him a small keyboard. After banging on it a few times we noticed Matt was playing "Twinkle Twinkle Little Star" without anyone showing him how to do it. Born, April 3, 2001, 3 months premature at 1 pound 11 ounces and blind, Matthew is the youngest child of Moses & May Whitaker.

Matthew's love for music with its different harmonies and melodies, especially jazz, gave birth to his true love the Hammond B-3 organ. At 9 years old Matthew began to teach himself how to play the B-3.

He has performed before the UN Youth Assembly at the United Nations Headquarters in New York City, Lincoln Center, Jazz at Lincoln Center and internationally in Capri Italy, Tetouan Morocco, Vienne France, Tokyo and Osaka, Japan. Matthew has been recognized by various organizations and has appeared on US and Japanese television.

Matthew was a winning participant in the "Amateur Night at the Apollo Child Stars of Tomorrow" performing on the Hammond XK-3c. The Hammond B-3 was the instrument of choice when Matthew was the opening performer at the Apollo Theater's Spring Gala 2011 where Stevie Wonder was inducted into the Apollo Legends Hall of Fame and as a guest performer at the 20th Annual Jazz Loft Party Fundraiser and A Great Night In Harlem After Party hosted by the Jazz Foundation of America. Matthew has performed with Roy Ayers, James Carter, Jon Batiste, D.D, Jackson, Christian McBride, Jazz Mafia Symphony, with Ozomatli and 'The New York Pops' Orchestra, and with Hamiet Bluiett and his Bio-Electric Ensemble. He can also be found playing the drums during worship service on 3rd Sundays for the Youth Choir at New Hope Baptist Church of Hackensack, New Jersey, his home church.

The B-3P mk2, like the B-3 mk2 is an exact duplication of Hammond's Original B-3 using modern, lightweight Digital technology. For the first time the B-3 is offered in an easy-to-move cabinet which is simple to set up and transport.

Playing dimensions (when assembled) and all controls are identical to the original, vintage B-3, as is the unforgettable classic sound...